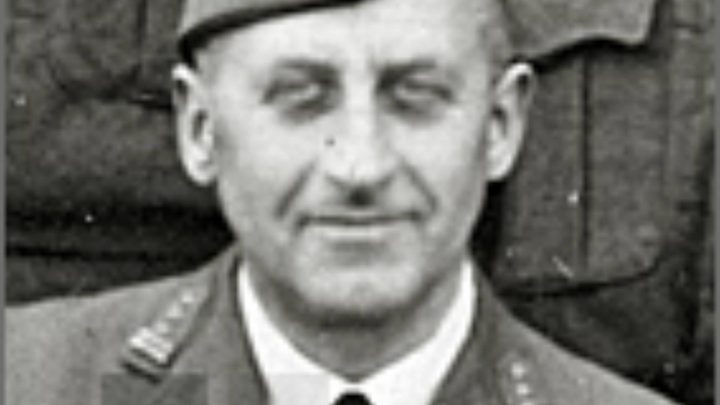 Polish pilot Wing Commander Wladyslaw Eugeniusz Heller died as a result of an aviation accident. His plane crashed into a farm house near Knocklayd Mountain.

Heller was born 27th June 1895 in Stanisławów, Poland (now part of Ukraine). From 1912, Heller studied at the Land Engineer Department of the University of Technology in Lwów. A WWI veteran, he served in the Austro-Hungarian Empire’s army in a different theatre of war, including Russia, Romania and Italy. From 30th October 1918, Heller joined the Polish Army in which he was promoted to the rank of Captain of Artillery.

In 1923, Heller graduated from the II Military Training Course at the Military Academy in Warsaw, finishing as the General Staff Officer. On 19th October 1924, he was promoted as the Intelligence Squadron Commander of the 4th Aviation Regiment in Toruń.

In September 1939, Heller was commanding the Bomber Brigade in a colonel rang. After the September Campaign, he made his way to France via Romania when he was appointed to join the General Staff of the Polish Military Aviation. After reaching Britain he joined the RAF Squires Gate Arson, when he trained as a navigator.

Wing Commander Heller was based at RAF Jurby airfield in the Isle of Man. During a cross-country navigation exercise, his aircraft drifted several miles west of its intended track. Heller was forced to fly lower than intended by down draughts induced by strong winds around Knocklayd Mountain. His plane hit the ground and crashed into a house in Glenshesk, killing the Wing Commander and another member of the crew, as well as a 22-year-old civilian girl who was standing outside the building at the time with her boyfriend. The body of Wing Commander Eugeniusz Heller was buried at the Movilla Cemetery in Newtownards, Co. Down.